Software.org: the BSA Foundation is excited to work with Girls Who Code to help close the tech gender gap. This summer, we welcome 20 high schoolers to our Girls Who Code Summer Immersion Program in Washington, DC. During the seven-week program, students will learn the fundamentals of computer science, from building a webpage to making a robot dance. They will also participate in a mentorship workshop, face off in a congressional hackathon, and meet industry experts.

Software.org, which launched in April 2017, will continue the work of BSA | The Software Alliance, which has sponsored a DC Girls Who Code classroom since the program’s creation in 2015. This year, Software.org and five other groups will host DC summer immersion programs to teach a total of 120 girls. The DC efforts are among 80 Girls Who Code programs across the country, including classrooms sponsored by some of Software.org’s supporting companies: Adobe, Autodesk, IBM, Microsoft, Salesforce, and Workday.

Software.org hopes to continue making a profound impact on girls interested in STEM and encouraging them to pursue careers in software.

To stay up to date with the girls’ activities, keep checking this webpage for updates throughout the summer.

To learn more about previous programs, visit the BSA Girls Who Code page. 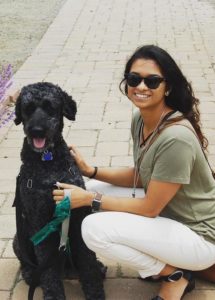 Maya was born in Harrisburg, Pennsylvania, and grew up in Roanoke, Virginia. She attended Roanoke College for her undergraduate studies, where in 2016 she became the first person to triple major in Mathematics, Computer Science, and Physics. Currently, Maya is pursuing a master’s degree and a doctorate in computer science at the George Washington University, with a research focus in machine intelligence and cognition.

As a longtime attendee of the Grace Hopper Celebration of Women in Computing, Maya first learned about Girls Who Code at the conference a few years ago. Although she has always been enthusiastic about supporting the organization, this summer is the first time she has been able to teach for Girls Who Code. As a woman in tech, Maya understands the challenges that young women in tech experience, and she hopes to be a part of quelling those challenges for the next generation of women in tech.

In her free time Maya enjoys dancing and playing with her two poodles. 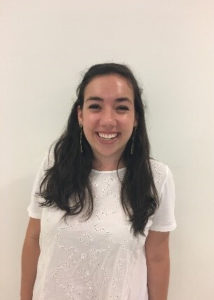 Caroline attends Tufts University in Boston, Massachusetts, where she’s working on a bachelor’s degree in computer science and French. Caroline first encountered computer science in middle school, when she wanted to build a blog for her favorite band, One Direction. Wanting to make her site look as good as possible, she taught herself to code in both HTML and CSS. To this day, Caroline designs and sells blog layouts using those skills. In addition to enjoying computer science, Caroline also enjoys teaching. She’s happy that Girls Who Code has given her the opportunity to combine both of those passions.

This is Caroline’s first year teaching for Girls Who Code. She was introduced to the program by her first computer science teacher in college. Caroline firmly believes that female support is crucial for girls to be successful in STEM, so she is proud to provide that support as a teacher with Girls Who Code.

In addition to teaching for Girls Who Code, Caroline volunteers with Peer Health Exchange, teaching ninth-graders about important health topics. During the winter months in Boston, she enjoys skiing. 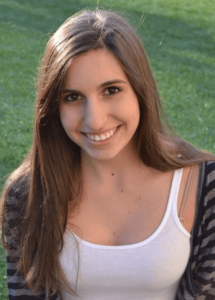 A D.C. native, Marcela spends most of the year in Claremont, California, where she studies computer science at Scripps College. When she was in high school, her father encouraged her to take a coding class. However, Marcela felt intimidated by the concept of coding, and as a result she didn’t take her first computer science course until her sophomore year of college. Marcela began her studies at Scripps with the intention of majoring in physics or engineering, but realized she didn’t enjoy the courses and switched to a major in computer science.

Although this is her first time teaching for Girls Who Code, Marcela is excited to support young women entering tech. She’s fortunate to attend a women’s school, where she isn’t in computer science courses that are overwhelmed by men, but she recognizes that in typical courses women are a mere 25% of students. Marcela believes technology is the future, and it can’t evolve in the best way without including both women and minorities.

In her spare time, Marcela is a horseback rider for Scripps’s equestrian team. 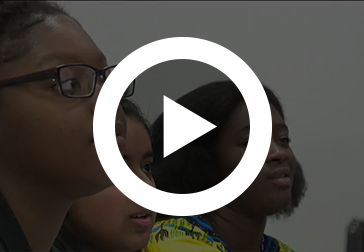 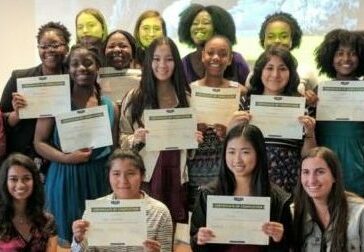 Graduation: Congratulations to Software.org’s Girls Who Code Class of 2017 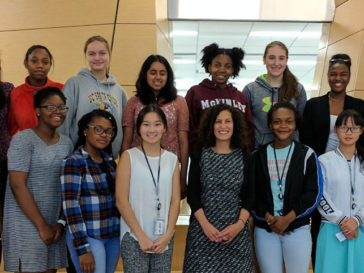 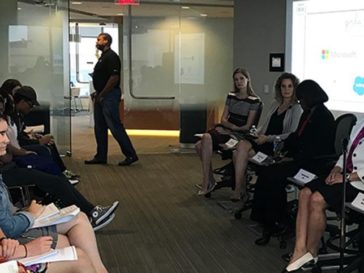 Learning from the Best: Mentorship Day at Microsoft 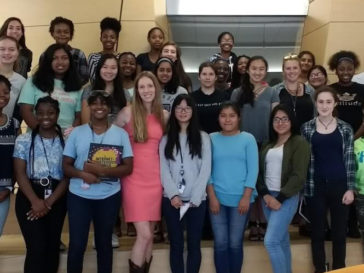 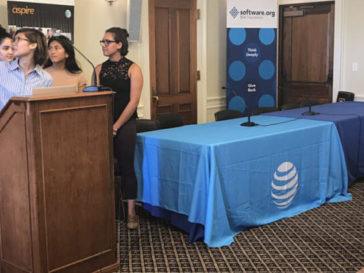 Girls Who Code Goes to Washington: A Congressional Hackathon 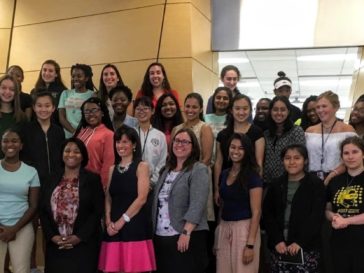 Girls Who Code | In the News | News

NBC4 Washington, July 2, 2019. “The Girls Who Code summer camp is put on by a non-profit called Software.org… they wanted to encourage girls to go into computer science.” Read More >>> Posting: https://www.nbcwashington.com/news/local/Georgetown-Summer-Camp-Teaches-Girls-to-Code_Washington-DC-512129512.html...

Technical.ly, August 17, 2018. “Most of these young women have little to no experience in coding when they first start the class, but they come away feeling confident enough to call themselves ‘coders’ and ‘programmers,’ and see a future in tech,” Chris Hopfensperger, Executive Director...

Software.org: the BSA Foundation Works with Girls Who Code to Close the Tech Gender Gap

Software.org: the BSA Foundation proudly welcomes 20 young women to its Girls Who Code 2017 Summer Immersion Program in Washington, DC. The program, in which DC-area high school students will spend seven weeks learning the fundamentals of computer science, from building a webpage to making...

Have questions or need the latest Software.org updates and information?