Girls Who Code Goes to Washington: A Congressional Hackathon

On July 25, the Software.org and AT&T classrooms gathered at the AT&T DC Forum for their first co-hosted hackathon, followed by a visit to Capitol Hill. After touring the Forum, the girls met Jonathan Marks, co-founder of Quorum Analytics, a DC startup that analyzes and aggregates legislative data. Marks introduced a team of software engineers from Quorum, and the girls got to work on their coding projects: analyzing data to help Members of Congress. The students were divided into teams and spent the next few hours coding away with Quorum’s APIs. Then, it was time for them to share their findings on Capitol Hill. 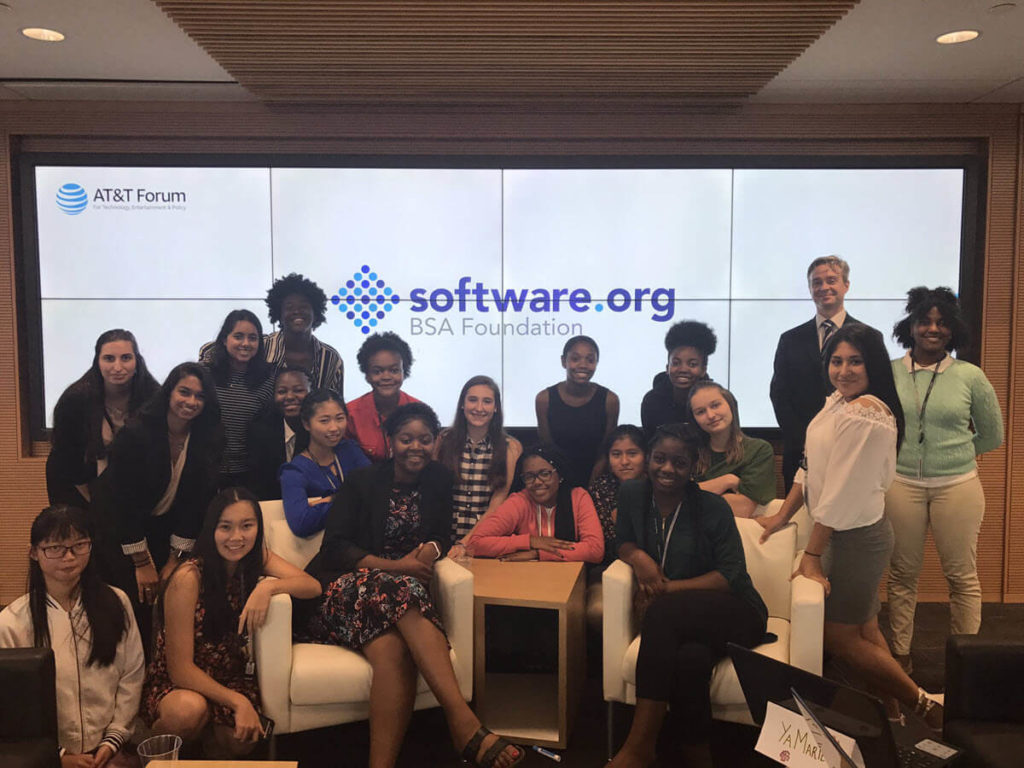 The first group presented to Congresswoman Barbara Comstock, sharing a map that showed which legislators talk about “women in tech” the most by state. Certain legislators clearly rated higher than others, and the girls argued that the topic of women in tech should be more prevalent. “Our long-term goal would be to close the gender gap and make it equal for both sides in technology,” one of the group members explained to Representative Comstock, who heard the message loud and clear. The Congresswoman commended all the students in the room for taking the first step in their computer science education. “Never have there been so many opportunities for young people, especially for girls,” Comstock said. “You each have a great opportunity in this great time in history, and we need everybody.” 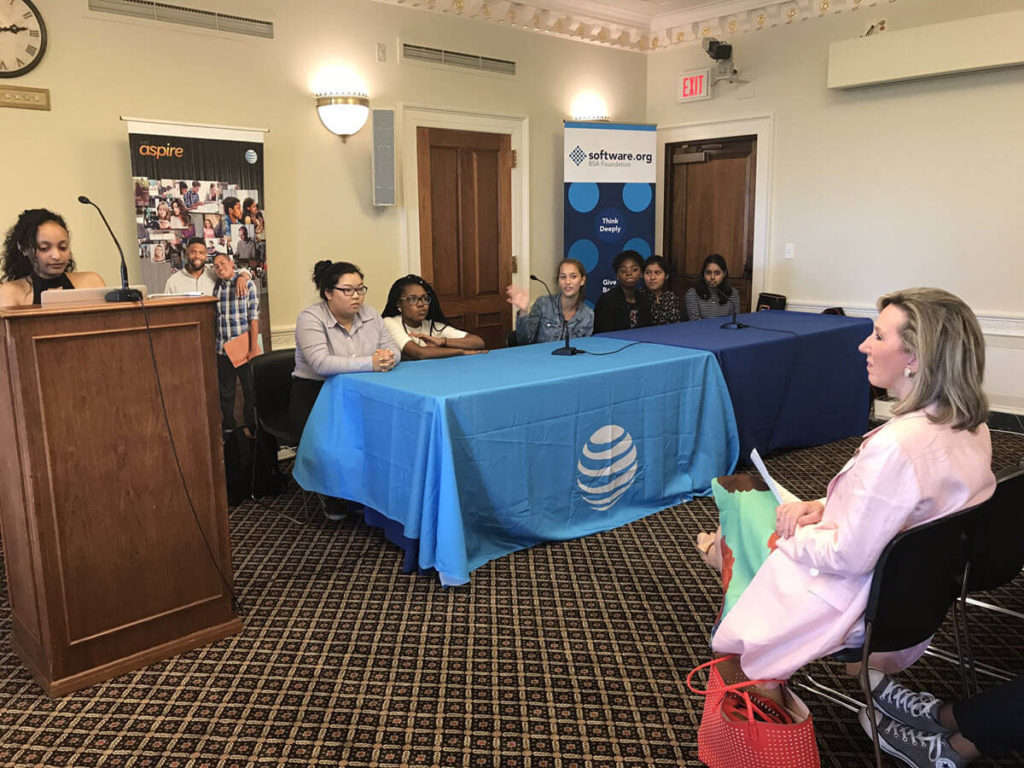 The next group presented their project to Congressman Erik Paulsen. This team’s graph captured data on the number of bills that mention both “technology” and “diversity.” The girls noted that “diversity in tech” is not as prevalent in legislation as “women in tech,” and they encouraged Representative Paulsen to be a part of changing that. “In order for the tech world to advance, it has to include everyone,” one of the group members said. The congressman agreed, and closed the presentation by thanking the group: “You represent the future; thanks for making it happen!” 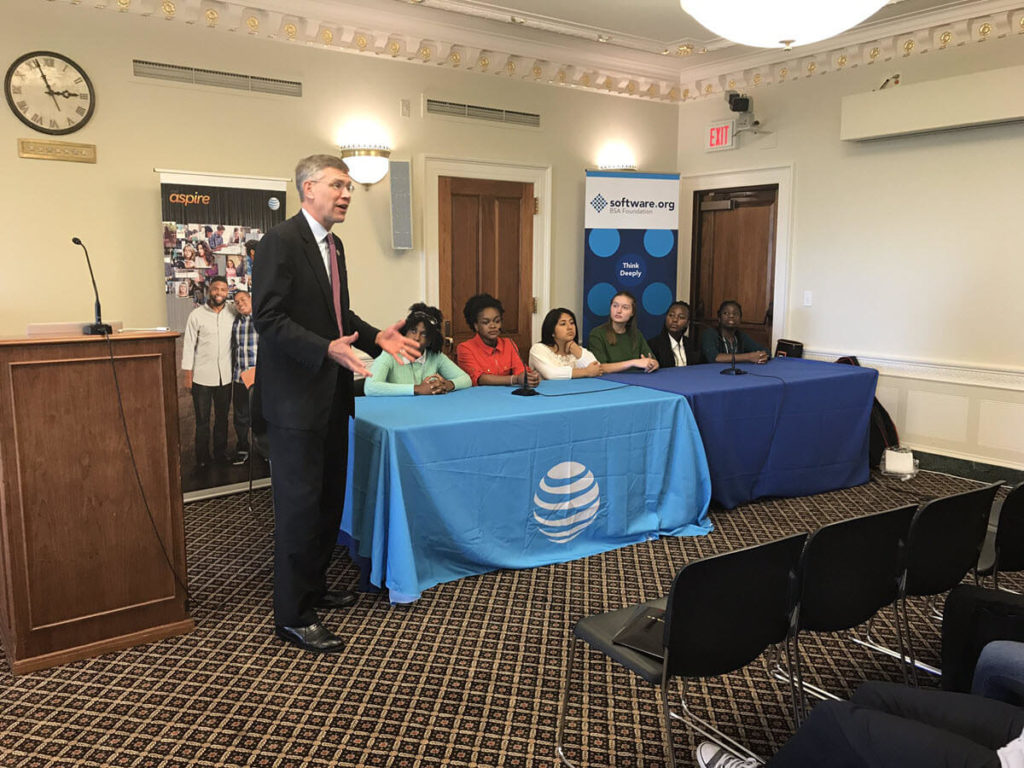 Congresswoman Norma Torres listened to the next group, who used line graphs to show the trend of bills that mention women, specifically those related to education, STEM, and business. The team was pleased to share that over time, these topics have become increasingly present in legislation for most states. Representative Torres, in turn, was proud of the group’s focus on empowering women across all fields. “It’s time for all us women to be the shining stars,” she declared. “Thank you for jumping in this and saying, ‘I too can do it.’” 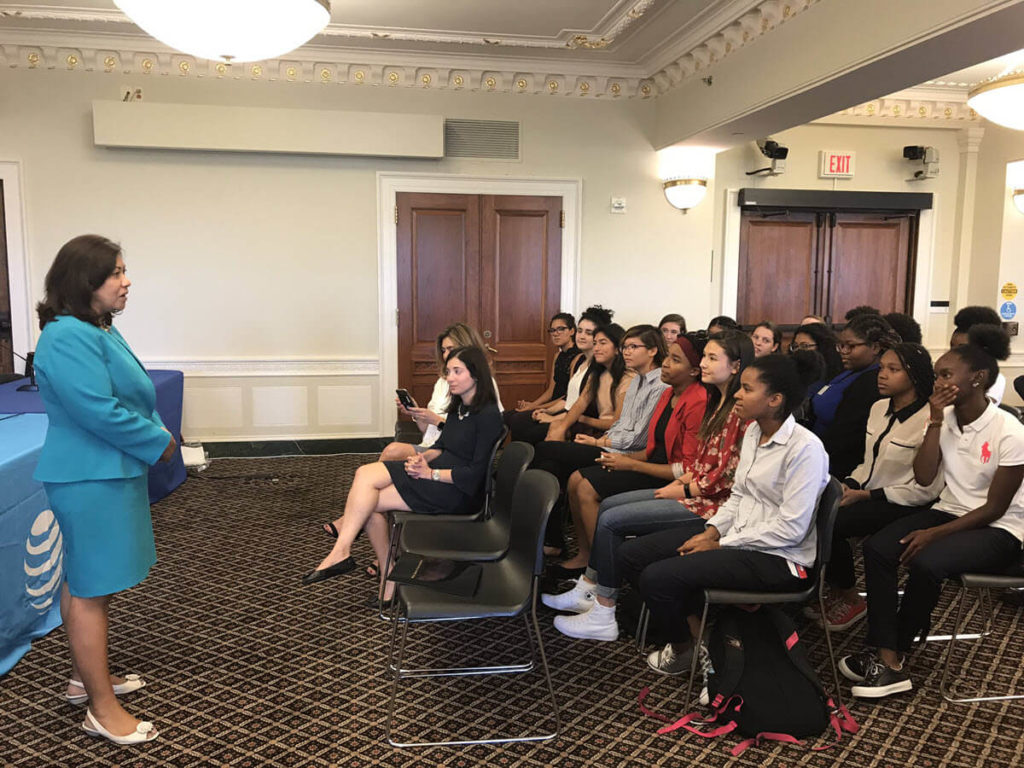 The fourth group presented to Congresswoman Linda Sanchez about bringing more women into Congress, a topic she was enthusiastic about. Using a color-coded map, the group revealed which states had the highest percentage of female representatives (Fun Fact: the winner was Hawaii at 38 percent). Representative Sanchez was pleased to hear that her state of California was in the top five at 34 percent, but she agreed that all 50 states can do a better job of including more women in government. When the conversation turned to the importance of learning computer science, the Congresswoman commended the girls for participating in Girls Who Code. “Most of the jobs of the future will require technical knowledge,” she said. “I’m so proud of you for taking this step.” 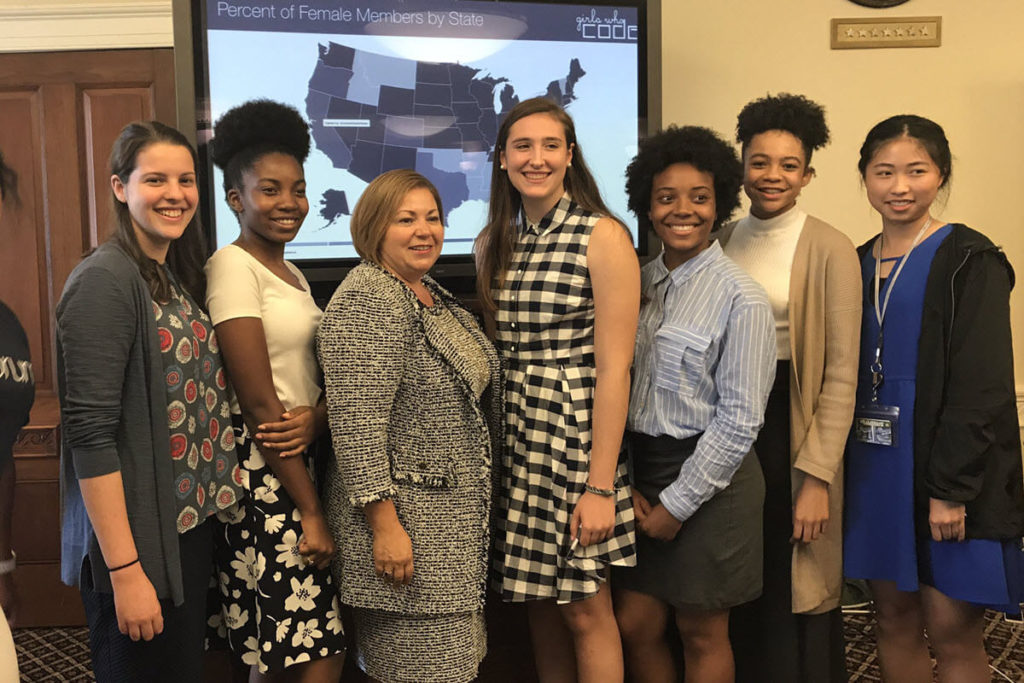 Congresswoman Cathy McMorris Rodgers attended the final two presentations, which focused on women in STEM and technology in school. Using line graphs and word clouds, they determined that Congress has had more discussions on both topics in recent years. They urged Representative McMorris Rodgers to continue investing in education, especially in resources for STEM. At the end of their presentation, the Congresswoman spoke on how the tech industry inspires her. “You can imagine what’s possible, and work hard to make it happen. The sky’s the limit,” she said. 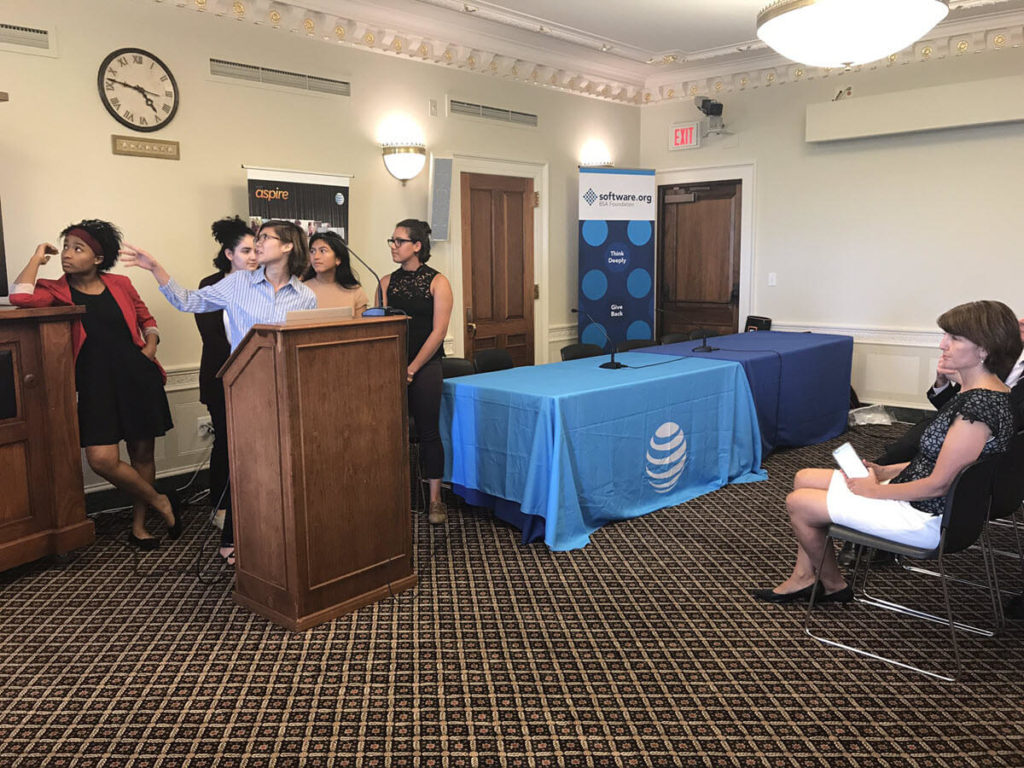 After enjoying an ice cream social, the girls reflected on what they had learned from the hackathon. “My favorite part about today was getting to test my skills,” one girl said. “Just getting to communicate with someone on a different level than me and actually understand them.”