To view the latest version of this report, visit software.org/softwarejobs.

The Findings: At a Glance

To quantify the software industry’s role as an engine for economic growth and to measure how quickly these benefits are expanding, Software.org commissioned The Economist Intelligence Unit to conduct a comprehensive analysis of software’s impact on the US economy. This analysis, based on 2016 data, is the first-ever to track the actual growth of software’s economic impact throughout the United States.

Select a state for more information about growth, jobs, and GDP. 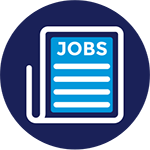 Software creates jobs for a wide variety of professionals in today’s workplaces — everything from software developers and web designers to project coordinators, administrative assistants, and accountants. The number of jobs created directly by the software industry has increased 14.6 percent since 2014. 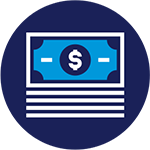 A software developer’s wage is more than twice the average annual wage for all US occupations, which was $49,630 in 2016. 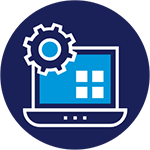 The software industry’s commitment to R&D continues to spur innovation at unprecedented rates.

The EIU compiled these data and economic impact assessments using publicly available government data, maintaining full editorial control of the process and using industry standard approaches. Any views or opinions expressed in this document are not necessarily those of The Economist Intelligence Unit.

The software industry contributed $564.4 billion to the US economy in 2016 — an 18.7 percent increase in the last two years.

Software contributed more than $1.14 trillion to total US value-added GDP in 2016 — a 6.4 percent increase in two years.

The software industry invested more than $63 billion in R&D in 2013 (the latest year for which data was available), compared to $52 billion in 2012, a sizeable 21 percent increase that promises to pay off in future advances that will continue to drive economic and employment growth.

Software is a powerful job creator — accounting for more than 10 million US jobs — up more than 6.5 percent in the last two years.

Software drives growth in all 50 states. In 35 states, direct value-added GDP from the software industry grew more than 20 percent — with Idaho and North Carolina up more than 40 percent.

Software is no longer just the code that brings our electronics to life, or the tool that puts the “smart” in our smartphone. Today software has been thrust into the very heart of the innovation ecosystem as a primary driver of new opportunities and economic growth. 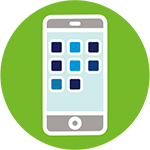 Software powers our personal technology.
Software puts the apps on our tablets and smartphones — filling them with tools that create vital new ways to connect, bank, learn, shop, and travel at the touch of a fingertip. They help us share our feelings with friends, find faster routes, be more efficient, and get the best deals. These software apps have become indispensable smart assistants that help us every day. 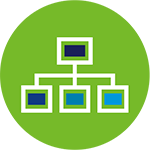 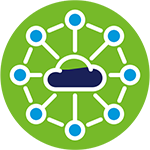 Software extends opportunity everywhere.
Software drives cloud computing and its ability to fundamentally revolutionize the way companies do business, and our own ability to collaborate — from any device, at any time, from anywhere around the globe. The cloud, for the first time, is putting the power of advanced technologies, which was once only available to the biggest players, into small businesses’ hands. At the same time, companies are avoiding expensive in-house IT costs by using the cloud to provide better, more reliable, scalable, affordable, and flexible use of applications and data. 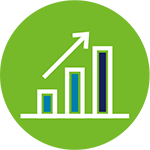 Software enables improvements in every sector.
Software-driven advances are rippling through every major sector of the economy, in high-tech and low-tech industries alike to dramatically reduce health costs, cut crime, unclog traffic jams, reduce energy, lower carbon emissions, cut traffic fatalities, and improve quality of life. For example, in manufacturing, software is fundamentally transforming the way new products are designed, produced, and delivered to create what some now call a new era of smart manufacturing. In transportation, software is improving how we navigate our roadways, railways, and runways to save fuel, save time, and save lives.

Although software may sometimes seem like something hidden on hard drives, in apps, or on the cloud, its impact can now be readily seen in the growing ways it is used throughout our economy — boosting economic growth, creating jobs, lifting wages, and creating opportunity for the future. 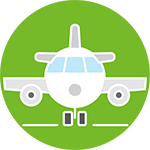 Helping design smarter cities and infrastructure. San Diego International Airport harnessed Autodesk’s advanced design software to save an estimated $800 million in the largest improvement project in the airport’s history. The project served as an economic stimulus for the region, created 1,000 jobs at peak construction, and was designed using green design principles leading to decreased water usage and reduced energy consumption. 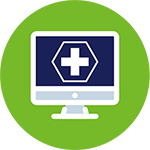 Reducing medical conflicts so Americans can live longer, healthier lives. Care coordination reduces redundant care costs and improves health care quality. The Michigan Health Information Network used Salesforce’s cloud to maintain information on more than 275,000 providers and to understand the connections among doctors, hospitals, and health care facilities, and between providers and patients. The ability to share information throughout a care team reduces redundancies, making it easier to assign and handle referrals and improve overall care. 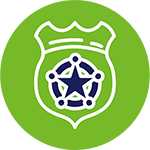 Improving public safety and security. Many city police forces are rolling out body-worn cameras to provide more transparency when reviewing conflict. But departments are often impeded by the sheer quantity of data these cameras create and the inability to easily share information with others in the criminal justice system. To solve this problem, the Charleston South Carolina Police Department migrated its system to a cloud service built on Microsoft’s cloud platform. 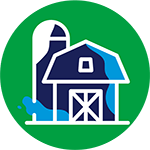 Cultivating new opportunities to make farms more efficient. With the amount of farmland shrinking and the number of mouths to feed growing, software helps farmers produce more food with fewer resources. By combining Microsoft’s software with connected devices and the cloud, farmers can monitor their cows to boost milk production, smooth the calving process, and ensure healthier herds. 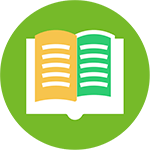 The number of software jobs nationwide is up 14.6 percent since 2014, but some markets are growing faster than others.

Software industry research and development continues to spur innovation with global implications. Here’s where those investments are highest.

In 2017, Software.org: the BSA Foundation commissioned The Economist Intelligence Unit (EIU) to assess the economic impact of the software industry. The EIU collected and analyzed the most recent data available from several recognized and reputable sources. These sources included the EIU itself, IMPLAN, the National Science Foundation, the US Bureau of Economic Analysis, the US Bureau of Labor Statistics, and the US Census Bureau.

1. Direct contributions: The levels of output or employment from the software industry directly.

2. Indirect impacts: The indirect impacts estimate the inter-industry economic activity resulting from the direct contributions (e.g., purchases of inputs). These indirect effects look backward at the linkages of the software industry in the economy, and the demands inputs from other sectors, like real estate and other professional services. This demand generates additional output (and jobs) from those sectors that wouldn’t exist if it weren’t for that software industry demand. As a result, the indirect multipliers estimate this additional output from other industries that is attributable to the software industry.

3. Induced impacts: Induced impacts take the next step — identifying the additional economic activity supported by spending on goods and services by households whose income was affected by the direct contributions and indirect impacts.

The modern definition of the software industry used in the study reflects recent technological advancements in the software industry — from one that focused on tangible and packaged software products to one that includes software-related services like the cloud-based software as a service (SaaS), cloud storage and computing, mobile app development, and hosting. As a result, the EIU analysis has defined the US software industry to include the following software sub-industries:

The EIU compiled these data and economic impact assessments using publicly available government data, maintaining full editorial control of the process and using industry standard approaches. Any views or opinions expressed in this document are not necessarily those of The Economist Intelligence Unit.

Have questions or need the latest Software.org updates and information?